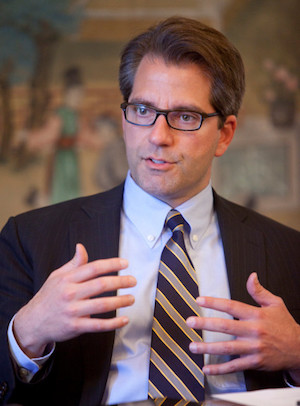 Federal, state, county, city, school and special districts all have distinct and important roles to play in community governance, and each body has a primary set of responsibilities. Elected officials, and especially candidates, will often urge action on hot issues outside the responsibilities of their office or the office they seek. While this may be good politics, it is bad government. The public is misled, the staff is distracted, funds are wasted, and core responsibilities are neglected.

While serving as a member of the San Jose City Council for 10 years, my office team prided itself on constituent service. Together we would answer each resident personally and managed over 17,000 separate constituent cases. Some of the cases concerned issues such as mental illness, homelessness, and drug addiction, all of which are core responsibilities of the county. There is an understandable amount of confusion among residents as to which level of government bears the responsibility for such issues: What is obvious to the political insider may not be apparent to the average resident.

Cities within Santa Clara County work diligently to overseethe responsibilities of a city, including police, street paving, and neighborhood parks. However, cities do not have the same charge as counties. County government is vested by the state Legislature with “the powers necessary to provide for the health and welfare of residents within its borders.” While this does include overseeing the county jail, county hospital, and social welfare programs, it does not include the ability to approve or deny construction of new housing or commercial developments, traffic congestion mitigation, school test scores, or the price of water.

As homelessness, opioid addiction, and the need for mental health programs grows, the demand for county core services increases. According to CalPERS own data, county pension costs will double in the next six years, thus shrinking the funds that are available for county services. When coupled with a growing weariness among residents to further tax increases, a “something’s gotta give”scenario quickly emerges. I believe the solution lies in a renewed focus on the specific issues under the county’s purview, and avoidance of taking on issues that would be more appropriately handled by other levels of government.

The amount of money budgeted for county expenditures is finite, and when new services are proposed, it means that cutbacks will be required elsewhere. In other words, we cannot simultaneously fund a brand new county department while also funding existing mental health service programs to desired levels. Before any new “nice to have” service is funded, each supervisor should consider first whether or not the county is currently meeting its core obligations to residents to the best and most efficient extent possible.

I realize this may not be the most exciting issue, but candidates making false promises about what they plan on doing while in office adds to distrust in government and leads to justifiable voter cynicism. While it may be interesting to hear how candidates feel or what they plan on doing about noncounty issues over which they have no control, voters would be better served by engaging candidates on their specific ideas on how to improve critical county core services.

Residents should hold supervisors accountable for how efficiently core services are deployed to meet publicly stated goals. Doing so would prevent “mission creep,” and would ensure that precious tax dollars are not wasted on non-essential services and unsustainable pension benefits. In other words, county supervisors should “stick to their knitting,” and focus solely on core responsibilities. Doing so would make them the diligent stewards of taxpayer dollars we all expect from our public officials.

Pierluigi Oliverio served 10 years on the San Jose City Council and is a candidate for Santa Clara County supervisor in District 4. He wrote this for The Mercury News.